AC Milan and Inter Milan have chosen the Populous ‘Cathedral’ design for their new stadium.

The new San Siro was designed by the Populous Milan office with the support of their EMEA team in London.

“The Cathedral” is a celebration of the artistic and cultural heritage of Milan. Its design was inspired by two of the most iconic buildings of the city – the Duomo di Milano and the Galleria Vittorio Emanuele – and will result in a unique stadium that will stand out from any other sporting arena in the world.

“The Cathedral” is set to offer a ground-breaking stadium in terms of innovation and sustainability.

The new stadium, surrounded by a large green area, will be carbon neutral and LEED-certified, thanks to the use of the most innovative materials and cutting-edge technologies in terms of water and electricity usage, as well as noise control.

Accessibility and user experience will also be outstanding, offering unprecedented safety, comfort, vision quality and range of services to the public.

The two clubs said the next weeks will be dedicated to finalising the objectives and development process of Milan’s new stadium.

The Populous design was chosen ahead of a concept put forward by Manica/Sportium. 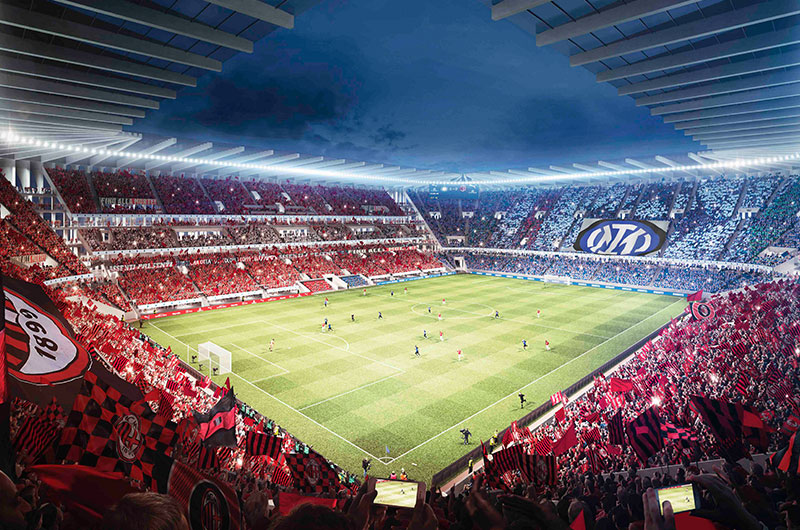 The Comune di Milano is aiming to reconfigure the San Siro neighbourhood, currently occupied by the Meazza Stadium, through the creation of a new district dedicated to sport and leisure.

The district will be pedestrian-only, with over 110,000m2 of green space (40% of the total). The parking lot, which represents 40% of the total area in the current situation, will be moved to a dedicated underground area. Most of the sport and leisure activities – located both indoors and outdoors – will be free-of-charge or financed by the city.

Following the decision of Comune di Milano, the Clubs sped up the process to finalise their agreement with Populous and kick-off the next phase of the project, which will be carried out in the next months with the aim to present a final project at a later stage in 2022.

Populous boasts 21 offices in four continents, with over 800 employees and a well-tracked experience in designing sport arenas.

Over the last 38 years, the practice has developed more than 3,200 sport-focused projects, giving life to some of the world’s most iconic sport arenas, including Wembley Stadium, the Olympic stadiums that that hosted Sydney’s Olympic games in 2000 and London’s in 2012, the Emirates Stadium and Tottenham Hotspur Stadium in London, as well as the Yankee Stadium in New York, the Groupama Stadium in Lyon and the Estadio Da Luz in Lisbon.

In 2021, the new Populous-designed Climate Pledge Arena in Seattle achieved the highest sustainability standard ever for a stadium and was certified as the first-ever carbon-neutral arena in the world by the International Living Future Institute. 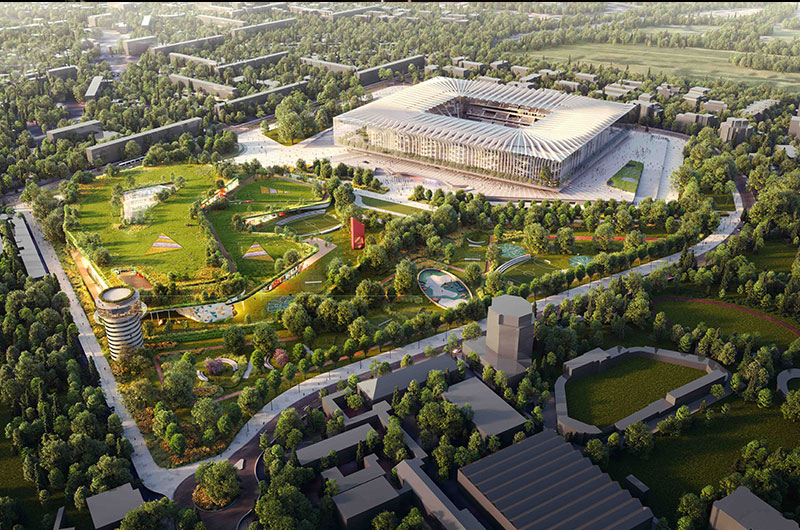 The new San Siro aims to become the most beautiful stadium in the world for its strong identity and recognisability. An attractive arena, accessible and sustainable for the city of Milan that will facilitate the growth of the clubs and their global competitiveness.

The New Stadium of Milan will be in an extra-contemporary green area that can be lived all year round. The new district for sport and leisure and its 50,000sqm park will make San Siro the go-to neighbourhood for sport and entertainment.

The Cathedral will become one of the most iconic stadiums in world football. It will create a world-class, modern, and truly bespoke home for the legendary clubs of AC Milan and FC Internazionale Milano and form the beating heart of a new civic district. It will be a stadium for all Milanese to enjoy for generations to come that is true to the city and honours its heritage. A stadium of Milano and for Milano.

Our design envisages the stadium as the most sustainable in Europe and the focal point of a new sports and entertainment district for Milano that will be alive throughout the year. Underpinned by the history and traditions of these two great clubs, it will not only deliver an incredible sporting arena to watch football in but revitalise the whole area to better serve Milano’s citizens, visitors, fans and their families.

The new Milano Stadium project represents a once-in-a-lifetime opportunity to write a defining chapter in the storied history of AC Milan and FC Internazionale Milano. The Cathedral will create a new quality of experience for the clubs’ supporters and future generations of supporters, offering world-class amenities befitting of Milano, with sustainability at the very heart of the design. 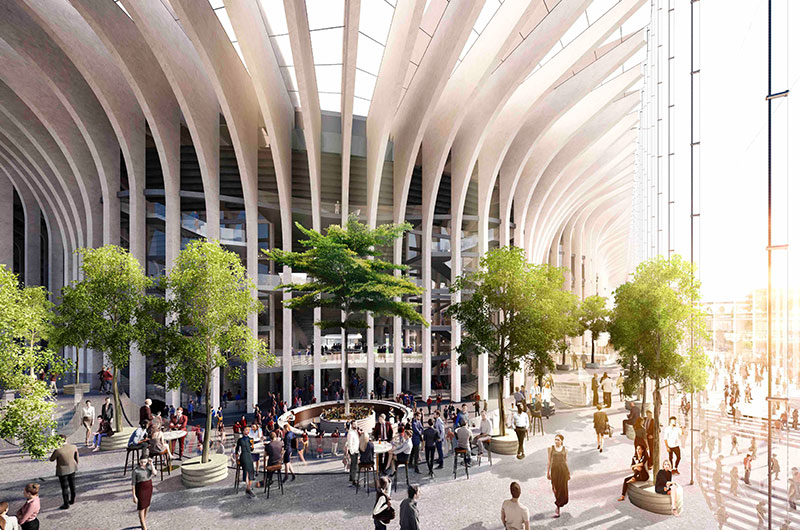