Al Thumama Stadium was designed by renowned Qatari architect Ibrahim M. Jaidah and will host matches up to and including the quarter final at the FIFA World Cup 2022™.

The stadium will also host matches up to and including the semi-final at this year’s FIFA Arab Cup 2021™.

Al Thumama Stadium's impact will be felt long after the curtain comes down on the tournament.

In legacy mode, the stadium's capacity will be reduced to meet local needs and provide quality sporting infrastructure to developing nations. The remaining 20,000-seat arena will be used for football and other sporting events. In addition, a branch of the world-renowned Aspetar Sports Clinic will open on site. A boutique hotel will replace the stadium's upper stands. 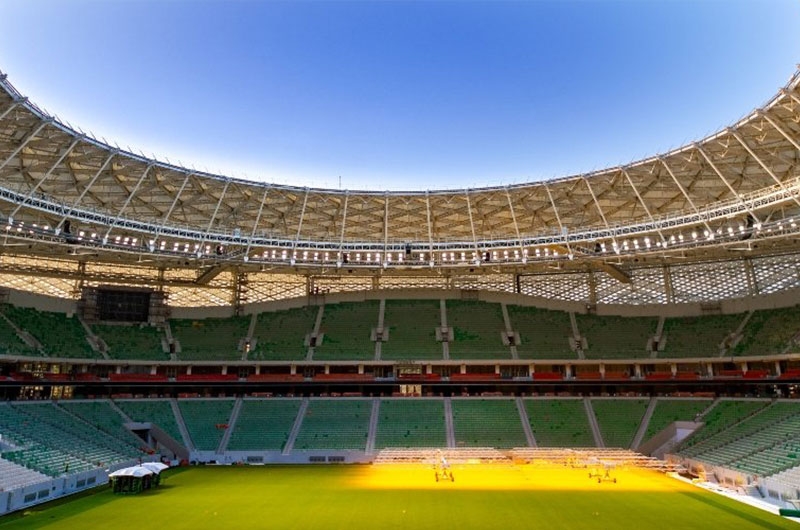