Work is moving ahead on K-Arena Yokohama, one of the world’s largest music arenas with capacity for 20,000 people, with opening set for 2023.

This new music arena will be one of the world’s largest indoor music arenas. All 20,000 seats will directly face the stage, offering a theatrical entertainment space that will give rise to powerful, unifying performances.

The latest design and acoustic engineering allows for efficiency and shorter setup times with reduced costs.

The arena will also be built with the latest in smart technologies to ensure it is environmentally friendly.

There is also a VIP area to welcome important guests, offering a space redolent with luxuriousness and hospitality.

Construction work began in 2020, with completion projected for autumn of 2023. Once open, the arena operator anticipates an annual capacity of 150 performances, with a total of three million attendees.

The Hilton Yokohama will also open at the same time, next to the arena. 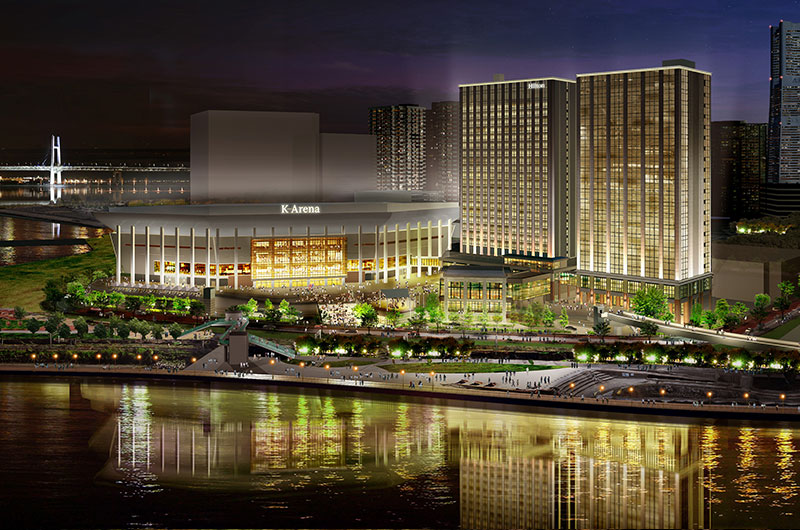 The environmental considerations being included in the K-Arena include:

Yokohama is approximately 18 miles from Tokyo, and with a population of 3.7 million people, it is Japan’s second largest city. At just around thirty minutes by train or bus from Tokyo International Airport (Haneda), it boasts of excellent accessibility, and is well known as an international city looking out on the Pacific.