You are here: Home / Latest news / All posts tagged FISU
16

The inspection visit was divided into three parts. First of all, the Winter Universiade Organisation workshop was held in Ulaanbaatar’s City Hall. Around 60 representatives from 20 different institutions and universities attended the seminar, including the Ministry of Health and Sports, Ministry of Education, Culture and Science, City Government department of Sports, NUSF Mongolia and the National Winter Sports Federations (NSF).

FISU delegates gave information about the FISU, the Universiade and the minimum requirements for hosting a Winter Universiade.

The WU workshop was a successful event, with a dynamic participation from the attendees who were actively interacting and sincerely desiring to organise a Winter Universiade in their home country in the near future.

In addition, the FISU Winter Universiade delegates met with high-placed authorities of Mongolia and the City Government. Separate meetings were held with Mr. Enkhtsengel Ts., the Deputy Mayor of Ulaanbaatar City and the Head of the working group for the future Winter Universiade; Mr. Boldbaatar T., the Deputy Minister of Health and Sports of Mongolia; Mr. Bayasgalan, the President of the Mongolian Students Sports Federation and Treasurer of FISU and Mr. Odbayar O., the Chairman of the Department of Capital city planning of City hall, together with the department’s staff, Presidents and Secretary-Generals of the national winter sports federations of Mongolia. 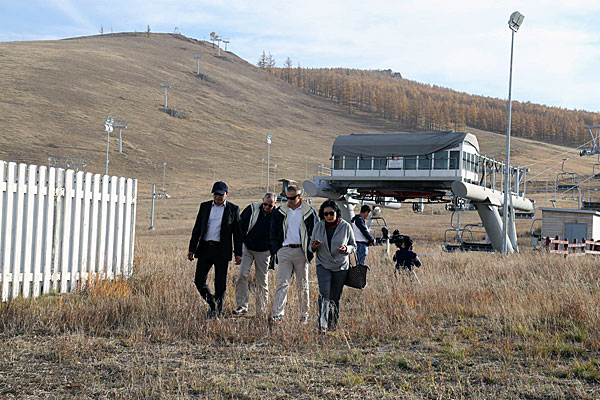 Finally, the inspection visit ended with site visits to some of the proposed sports venues and representatives were also acquainted with the concept drawings for the Universiade Village that will be built in the future. The venues visited included the Sky Alpine Resort in the Bogd Khaan mountain area, the Buyant Ukhaa Sports Palace, which was assessed for the possibility of using it for ice hockey purposes, the Khandgait Resort ice rink inspection, outdoor speed skating stadium, cross country skiing and biathlon areas for building snow sports facilities.

The FISU delegates also travelled to the Berkh Mountain in Gachuurt village to assess the possibilities of alpine skiing facilities that will be constructed for the future and a Universiade Village area for student campus ‘Nalaikh’ in the Khonkhor area. 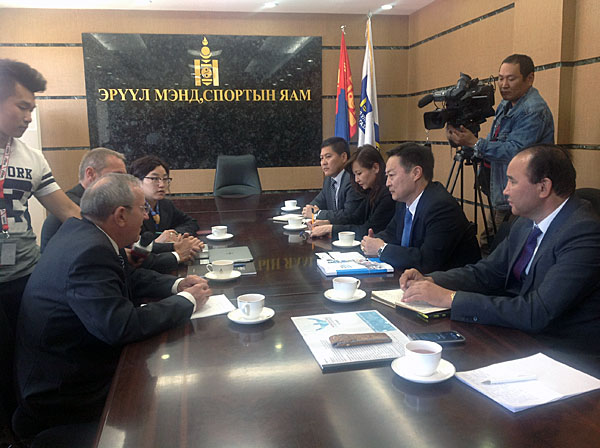 Work meeting with the Deputy-Minister for Sport.

During their visit, delegates discussed about a future collaboration between FISU and the City Government of Ulaanbaatar, to share their experiences, exchange ideas on the working plans to prepare for the Universiade, evaluate the conditions on site, and to define some other arrangements with FISU. It was also agreed that in the forthcoming years the parties will advise one another on the venue constructions to be built in Ulaanbaatar under the frame of the ‘2033 Winter Universiade’ project, while the local parties will do some research on opportunities to organise FISU World University Championships, such as speed skating and ski orienteering events in Ulaanbaatar, as interim steps to comply with FISU standards and ISF rules. 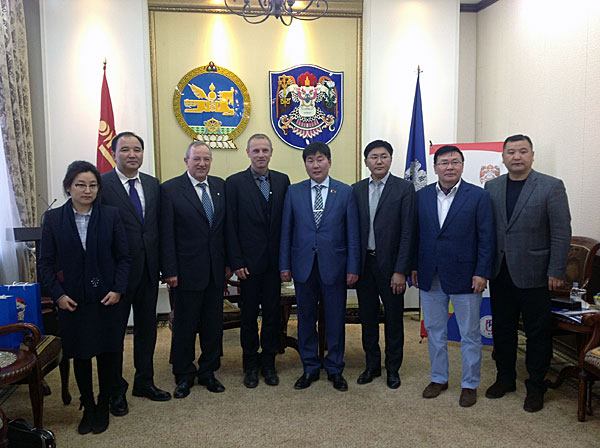 Meeting with the Mayor.

At the end of the inspection, the FISU representatives issued the ‘Official Recommendations’ to Mr. Enkhtsengel Ts., Deputy Mayor Ulaanbaatar City, Head of the working group for future Winter Universiade to give the necessary suggestions for further processing to the authorities of the City Government, which included the outcome of their visit.

According to the recommendations, a study team will be formed, which will work on the organisation of the Winter Universiade, while learning from the experiences of other cities that have hosted and/or will host the Universiade in the future.

Also, the FISU delegates recommended that infrastructure facilities should be built closer to the city and be available for general use afterwards, as a legacy after the Universiade.

Finally, the FISU WU delegates completed their three-day visit in Ulaanbaatar, assessing that the City of Ulaanbaatar is indeed a potential candidate for the Winter Universiade in terms of its weather conditions, natural environment and territory if the team would focus on the long term concept.